It is my pleasure to publish the final version of Nuitdetokyo’s post originally posted here: https://fetlife.com/groups/23278/group_posts/8045056

Shibari is a Japanese word which means “to tie”. It is not derived from the Kanji/Hanzi 縛、it was pre-existent in the Japanese language (in a non written form) before the importation by Japanese/Chinese buddhist monks of the Chinese writing system into Japan.

It is written 縛り、where 縛 is a Chinese character (Hanzi) pronounced “fu” in Mandarin and “bok” in Cantonese (I am omitting the tones in each case) and pronounced “baku” in Japanese (it is easy to see that the Japanese reading has been imported from Cantonese (or another South China dialect) and this is coherent with the trade routes at the time ) and り is a hiragana , i.e. a Japanese alphabetic sign (which is also graphically derived from a Chinese character, in the present case 利 read li in mandarin, lei in cantonese and ri in Japanese ). its writing, rather annoyingly complex as most of the Japanese writing system, bears little impact on its meaning and its origin as a purely Japanese word.

Kinbaku 緊縛 is a Japanese word of recent invention (probably 20th century) created by pairing two Chinese characters, the process in itself is a widespread occurence in Japanese language. As such, the word does not exist in the Chinese language.

( unrelated word excursion: a similar construction 自由 “self reason” was created to translate “liberty ” into Japanese.This one does exist in Chinese as it was imported into the Chinese language at (probably) the beginning of the 20th century).

Kinbaku is formed of 2 Chinese characters, the first one 緊 is read jin (mand.) gan (cant.) kin (jap.) and means in Chinese “in a tight way” and the second one discussed supra means to ” tie securely”.

After these prolegomena, two remarks have to be made.

First is that the Japanese verb Shibari and the Chinese verb 縛 (jin) although close in meaning are slightly different as 縛 (jin) includes the notion that the thing/person tied cannot move once tied. The verb shibari means to tie but does not necessarily implies no further movement.

And also that the Japanese have used Chinese language (or more exactly a local version of Chinese,) for all official acts well into the 19th century (in a manner similar to Irish monks using Latin well after the fall of Rome). So Chinese words in Japanese have a certain degree of harshness/ hardness/ officialdom-ness compared to Japanese original words (which is why a personal letter expressing feelings will predominant use Japanese words over Chinese words, with the opposite for official documents).

So we have a situation where shibari means to tie, and kinbaku is a rather recent word meaning “to tie tightly so that there is no movement after the tie”.

At this point we have to state clearly that there is no agreement, among Japanese people, as to what is, in concrete terms the difference between shibari and kinbaku, if there is one.
We will observe that most Japanese rope artists with instinctively gravitate towards one or the other in their conversations depending upon the circumstances.

For instance, Yukimura Haruki explicitly describe his rope as “Shibari not Kinbaku” while he qualifies some other rope artists as “doing Kinbaku not Shibari”. As noted in a previous post, he often says that he wishes to tie to the point where the model can move a little bit in the tie, think she san untie herself, while in fact, she cannot.

Nawashi Kanna, on the contrary will often, but not always, use Kinbaku when talking about rope.

There are situation where all Japanese agree: is that in the sentence “let’s do Japanese rope together”, it is always Shibarimashou (let’s shibari) and not “kinbaku o shimashou” (let’s kinbaku). On the reverse, pornographic books, movies will prefer Kinbaku, or a variation of it, in the title, as it is more formal, for instance Yukimura has a series of DVDs called 縛縄 i.e.
Bakujou (“binding rope” with rope read jou (the Chinese reading) and not nawa (the Japanese reading)).

Also, a person doing rope at a high level and well known as a rope artist is a kinbakushi, or a bakushi, not a “shibari shi”, even for Yukimura Haruki.

As a further example, during a recent trip to the local florist and after choosing the flowers, the rather young and pretty girl behind the counter asked “shibarimashou ka” i.e. “shall we tie”. Sadly it did not mean that she asked me to jump on her and execute gote 101 at high speed or that she wanted to tie me up to a tree at the back of the shop but whether I wanted the flowers to be tied together before being wrapped ( she has a significant number of Ikebana people who normally do not tie the flowers together when buying). Clearly in that situation, shibari (tied but with some remaining movement) works, Kinbaku does not work.

More importantly, and this is the main point I would like to make here, is that, assimilating Shibari to a sexual extension of Hojojutsu, as is sometimes done, is in fact rather misleading. Most Japanese will describe it as a fetichist/erotic activity which borrows elements of hojojutsu, but also of esthetics, fantasy….Paradoxically (?), and it is a point very often hard to explain outside of Japan, the Eros/feeling (気持ち ”kimochi”) element is far more important than the hojojutsu (or acrobatic circus) element, although any first time spectator will mainly see the (technical aspect of the) ropes.

In a very (too concise?) way, Shibari/Kinbaku is about what happens, in reality and in fantasy, and not so much about the tools (rope, beam, tatami, hair pin, gag etc..) and certainly not about “knots”.

Finally even though communication, “reading the other person” is seen by many rope artists and rope models as an (the?) essential part of the art, very rarely do Japanese refer to Shibari/Kinbaku as an “exchange” (unless you assimilate communication to an exchange), in part because there is an asymmetry in Shibari, i.e. the role of the person being tied and the role of the person tied are fundamentally different.

The central person in “what happens” is in fact the model, and as Yukimura told us again last Friday when I was there with rope artist and movie director extraordinaire (Jyohwa) Pedro: The Bakushi has to “dive into” the fantasy world of the model so that the model can “lose herself into it” because that world suddenly expands thanks to the Shibari (or Kinbaku) executed by the Bakushi. Only if this happens, there is Shibari/Kinbaku, very far away from technical knots in a given Hojojutsu style, whose main aim is to tie convicts so they do not escape. 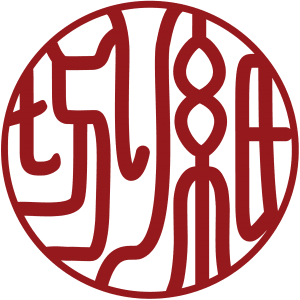